END_OF_DOCUMENT_TOKEN_TO_BE_REPLACED

I consider every minute of continuing education to be vital for my patients and myself. Staying current with the latest trends, techniques, and technologies within my field allows me to improve treatment efficiency and provide higher quality results for each person I treat. 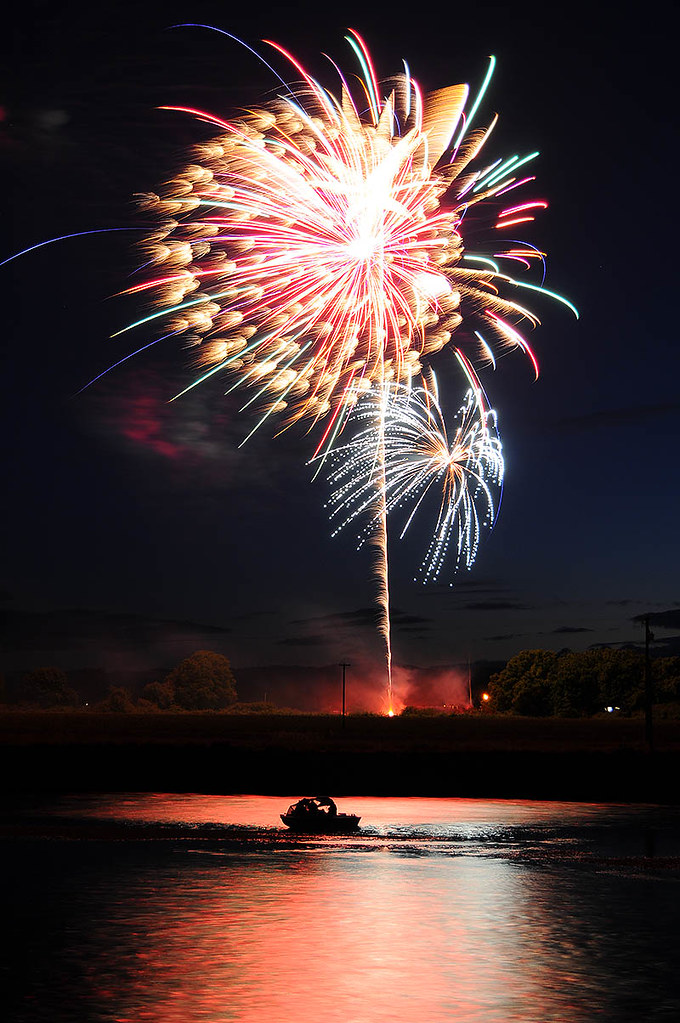 It’s hard to believe, but July is already here and half of 2012 has already passed! As July 4th approaches, our team thought it would be fun to share some facts and safety tips for celebrating our country’s Independence Day.

• Betsy Ross, according to legend, sewed the first American flag in May or June 1776, as commissioned by the Congressional Committee.
• The major objection to being ruled by Britain was taxation without representation. The colonists had no say in the decisions of English Parliament.
• The word ‘patriotism’ comes from the Latin  word, Patria, which means ‘homeland’ or ‘fatherland.’
• The first public Fourth of July event at the White House occurred in 1804.
• And what could be more fitting than spending the day in a place called “America”? There are five such places in the country, with the most populous being American Fork, Utah, with 21,941 residents. Check out American Fact Finder.

• Avoid buying fireworks that are packaged in brown paper because this is often a sign that the fireworks were made for professional displays and that they could pose a danger to consumers.
• Keep a bucket of water or a garden hose handy in case of fire or other mishaps.
• Never carry fireworks in a pocket or shoot them off in metal or glass containers.
• To prevent a trash fire, be sure to douse the spent fireworks with plenty of water from a bucket or hose after fireworks complete their burning and before discarding them.
• Make sure fireworks are legal before buying or using them.
What are your plans this 4th of July? Share them with us! We’d love to hear what you and the rest of the community will be doing to celebrate! (Don’t forget to make sure there are no restrictions on fireworks! Check out this link to see if fireworks might be an issue for you this year.) 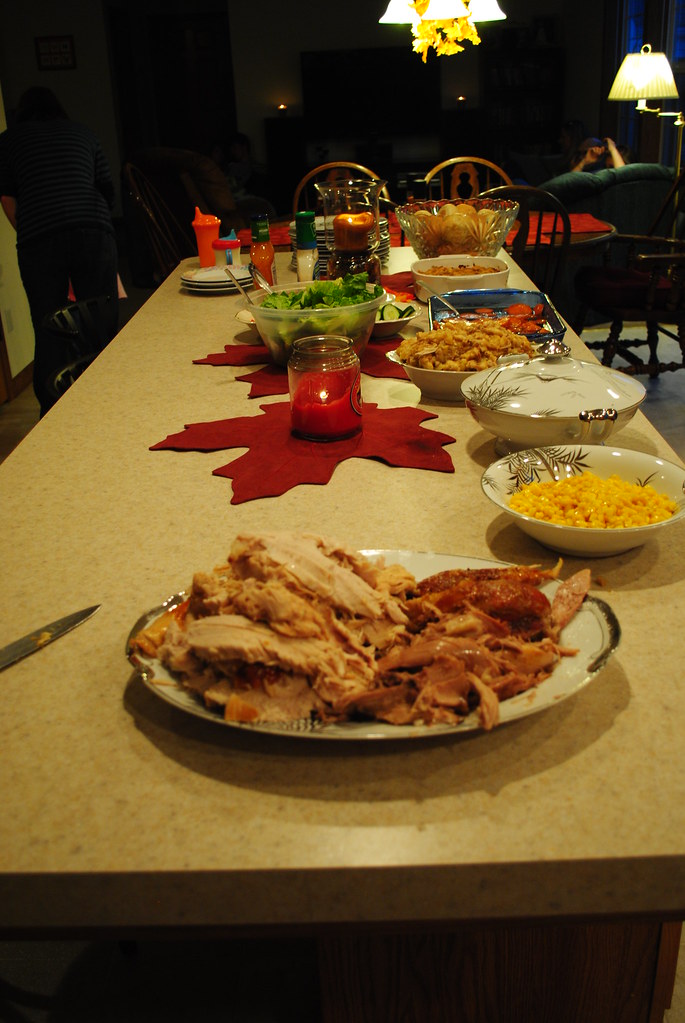 At Childers Orthodontics, we love to celebrate the holidays with vigor! Dr. Kyle Childers would love to share some unique ways of celebrating Thanksgiving from beyond the Benton, Harrisburg or Herrin, IL area to the national level!

When Americans sit down to dinner on the last Thursday of November, the day that Abraham Lincoln designated as the day on which Thanksgiving would be celebrated, they do so thinking that the first Thanksgiving feast was held at Plymouth in 1621. According to National Geographic, the Spanish explorer Francisco Vásquez Coronado and his men celebrated a feast of Thanksgiving in Texas in 1541, giving Texas the distinction of being the first place where Thanksgiving was celebrated. END_OF_DOCUMENT_TOKEN_TO_BE_REPLACED 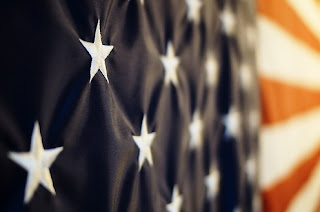 Have you thanked a veteran lately? November 11 is Veteran’s Day – the perfect holiday for thanking and honoring our country’s military. Today, we encourage you to show your support of those Veterans you know by posting their name and what branch of service they are or were in on our Facebook page.  END_OF_DOCUMENT_TOKEN_TO_BE_REPLACED 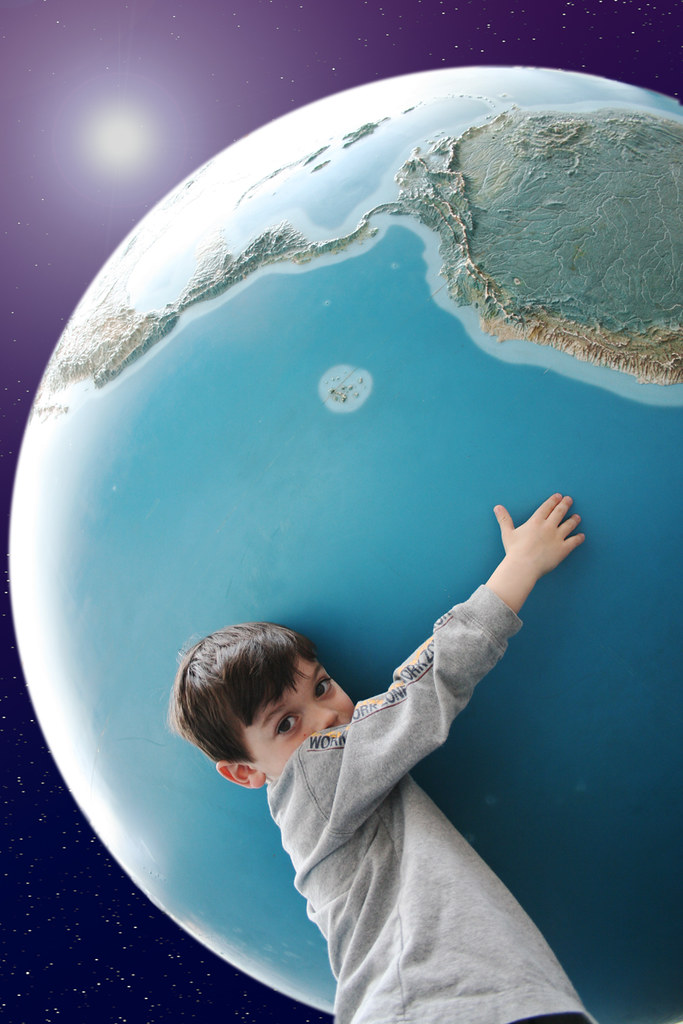 The idea for Earth Day was the brainchild of Gaylord Nelson, a senator from Wisconsin. He envisioned an Earth Day that would be a kind of environmental teach-in. The first Earth Day celebration took place on April 22, 1970, and a surprising 20 million people participated on that day. Ultimately, it became the largest organized celebration in US history.

END_OF_DOCUMENT_TOKEN_TO_BE_REPLACED

Memorial Day is not only a federal holiday in the United States, but it is a day of observance and remembrance of those who died in service. Originally known as Decoration Day, this solemn day has been marked on calendars since the end of the American Civil War as a day to commemorate both the Confederate and Union soldiers who fought and died in the war. END_OF_DOCUMENT_TOKEN_TO_BE_REPLACED 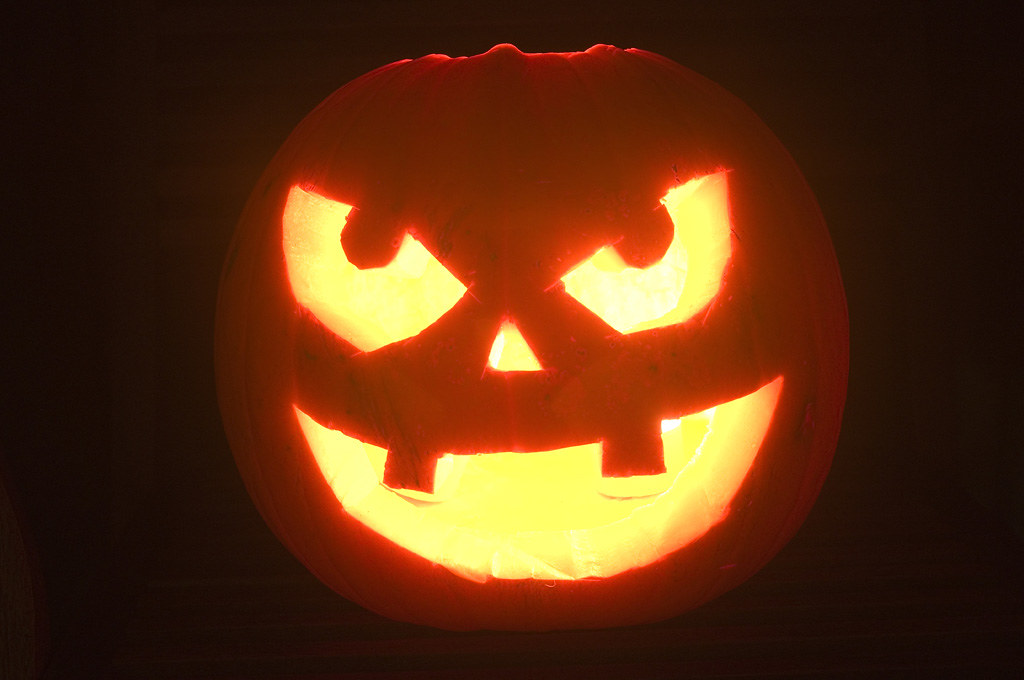 Halloween is fast approaching, and Dr. Kyle Childers wanted to be sure to wish our patients a happy day, no matter how you might celebrate this holiday. The Halloween that is familiar to most people today bears little resemblance to the original Halloween; back in the “old days” it wasn’t even called Halloween! END_OF_DOCUMENT_TOKEN_TO_BE_REPLACED 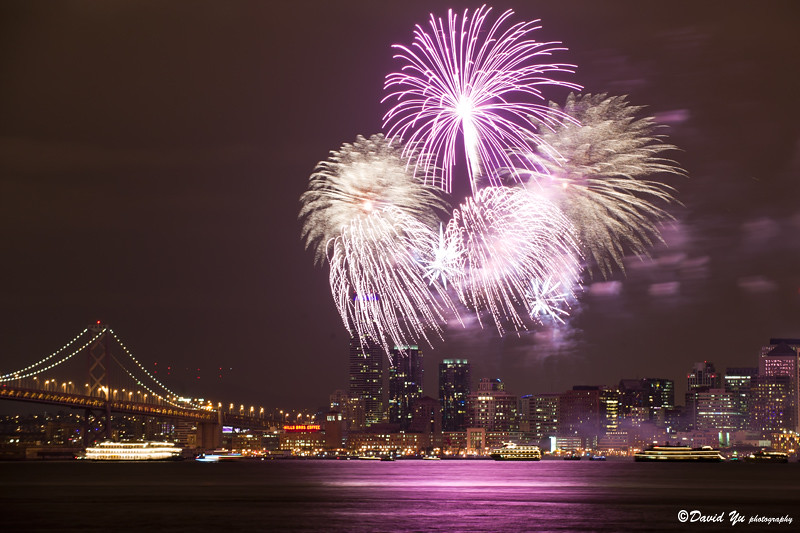 Watching the clock tick down the final seconds until midnight, many of us- Childers Orthodontics included- feel nostalgic about the passing year and hopeful about the new one to come. New Year’s Eve is one of the most widely celebrated holidays in the world, with over-the-top celebrations taking place in dozens of countries. The Gregorian calendar, which is widely used in Western nations and around the world, was implemented in 1582. Since that time, December 31st has marked the final day of the year, with midnight heralding the beginning of a brand new year.

END_OF_DOCUMENT_TOKEN_TO_BE_REPLACED 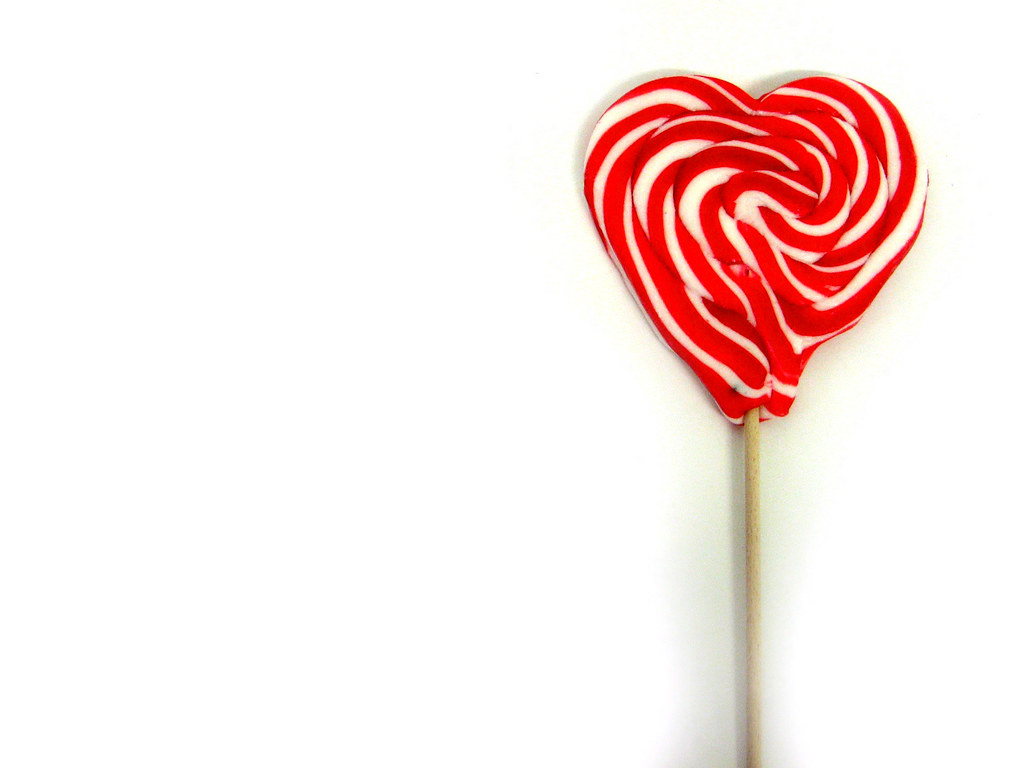 Valentine’s Day is best known as a celebration of love in all its forms. Pink hearts, red roses, and cute greeting cards adorn every surface you see. What many people don’t realize is that the modern Valentine’s Day celebration arose from a religious holiday.

St. Valentine’s Day was originally celebrated as a religious feast day in honor of early Christian martyrs. Three martyrs named Valentine were honored: a priest in Rome, the persecuted bishop of Interamna (a town in central Italy), and a saint martyred in Africa. This saint’s day was celebrated throughout Christendom, although it was removed from the Roman Catholic Calendar of Saints in 1969. END_OF_DOCUMENT_TOKEN_TO_BE_REPLACED 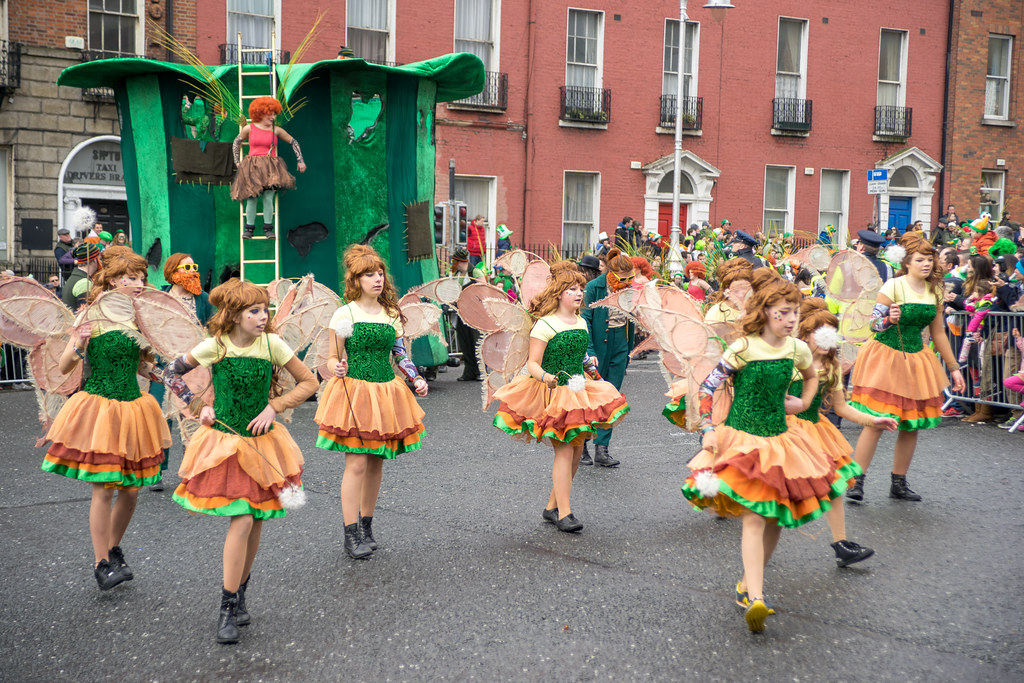 Lucky green shamrocks, leprechauns, and pots of gold – it must be St. Patrick’s Day! If you’re not Irish, how do you go about celebrating St. Patrick’s Day? It’s easy: You just put on one of those tall leprechauns hats, dress in green from head to toe, and wear one of those carefree pins that say “Kiss Me, I’m Irish”. On St. Patrick’s Day, everyone is Irish, and that is the universal beauty of the holiday. Celtic pride does not discriminate. END_OF_DOCUMENT_TOKEN_TO_BE_REPLACED